11 Types of Rings and Their Meanings, Explained 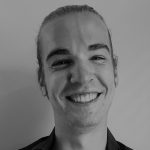 Throughout history, rings have been used to mark important life events. And while they’re easier to make today than in the past, rings can still commemorate the passage of time — or be a strong indicator of your personal identity.

That’s why today, we’re going to explore the 11 types of rings and their meanings that are most recognizable today.

You’ll find some old favorites, as well as a few newer additions to the ring family.

Imagine getting down one one knee and popping the big question for your significant other. How meaningful would this be without an engagement ring to make it real?

Engagement rings are the first step towards wedding and anniversary rings, and a particularly important version of a promise ring.

Their meaning: That you’ve pledged yourself to be wed to your dearly beloved, and it’s just a matter of time until that happens.

The wedding ring might be our culture’s most recognizable piece of jewelry. They are exchanged by the two spouses, often in a formal ceremony.

Whether a simple band or an ornate diamond-studded stunner, the wedding ring conveys a clear message: The wearer is wedded to their spouse, as part of a formal agreement to bring them together.

After years of marriage, there’s yet another step to take: Buying anniversary rings. They mark the time that a couple has spent together. It can also send the message that both partners continue to renew their love for each other.

Many couples will use the anniversary ring as an opportunity to replace or upgrade their wedding ring, after having time to build more wealth together as a couple.

Other times, they can be a way to put the original wedding rings aside in favor of simpler, more durable bands.

Graduating high school, college, or a university is a major milestone for young people.

In the United States, these events are often commemorated by buying and wearing a class ring.

You’ll find them available in a wide range of customizable options, including the name or initials of the wearer as well as the school they’re graduating from.

An interesting fact about how to wear a class ring: It’s tradition to wear the ring with the insignia facing towards the owner before they’ve graduated.

This is to remind them of their journey ahead, and to keep working towards graduation. Afterward, the ring is turned around as a sort of “badge of honor”, indicating to the rest of the world that they’ve succeeded in their endeavors.

Though less common than wedding, engagement, or anniversary rings, some people continue with a tradition of giving promise rings.

They’re the first symbol of commitment to a monogamous relationship with a partner, and are sometimes known as pre-engagement rings.

In more stringent circumstances, they can also be known as purity rings, meaning that the wearers will remain chaste until the day of their wedding. Either way, these rings may be as simple as a metal band, or elaborately studded with diamonds.

Showing two hands embracing a heart, Claddagh rings are a traditional Irish piece of jewelry. They’re intended to show mani in fede, or hands joined in loyalty to each other.

Claddagh rings are a strong commitment to love, friendship, and loyalty, and are often exchanged by people with a strong bond.

Additionally, they can represent four things depending on how they’re worn:

Back when letters were sealed with wax, elaborate signet rings would be pressed into the hot wax to leave an impression that would identify the sender.

And because they were used most often by royalty, signet rings today still represent power and status.

Each month has a semi-precious gem associated with it.

If you’re the more superstitious type, you might believe that wearing the stone of your birth month will bring you good luck and prosperity. You can check out a whole list of birthstone meanings here.

You’ll also hear these called vintage rings, or if they’re over 100 years old, antique rings. There is no set standard for what an estate ring will look like.

Created in 1975, the color-changing mood ring was massively popular for about 10 years.

They’re created by bonding liquid crystals with quartz stones, allowing them to change color based on the temperature of the wearer. Those changes correspond with a color card and are said to represent the mood of the wearer.

Designed with the idea of ancient prayer wheels in mind, spinner rings are also known as worry rings or meditation rings.

Some spinner rings will be engraved with messages significant to the wearer, and act as a reminder of their courage and integrity. They can also be used as a good distraction away from anxious thoughts, and a way to work out nervous energy.

Types of Rings And Their Meanings

Which of these types of rings is your favorite? Do you wear any of them regularly? Are there any rings we missed that you want to know the meanings of? Drop us a line on Instagram and let us know!