Watches with a Sun and Moon Dial: What Are They? (+ Five Examples) 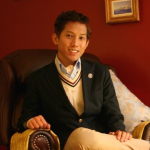 Long before clocks, folks told time-based simply on where the sun and moon were. Even during our pre-wristwatch, pre-phone phase as little kids, we looked at the sky to know when it was time to go home after a day of playing outside.

We’re going to explore watches with a sun and moon dial, and round up five of our favorite models featuring this popular ornamentation.

Unlike moonphase watches, sun and moon dials have always been mainly decorative. As a true piece of men’s jewelry, many models have gotten pretty creative. Let’s look at a few!

Here are our favorite timepieces with this beautiful feature. Orient’s Sun and Moon watches are so iconic, they’re almost like the Submariner of its category. The stately Version 3 is decked with all Roman indices on either a sunburst face or a beautifully textured dial, depending on the colorway. The embossed and painted sun and moon indicator is situated next to a day wheel for a perfect balance of gadget-like masculinity and elegance. For you vintage lovers out there, this Peugeot timepiece is a visual tribute to the standing clocks that were adorned with rotating suns and moons as far back as the 1600s. The sun and moon are charmingly illustrated behind a whimsical umbrella-shaped cut-out on the white dial. The case is classically round and features 14k gold plating. Mr. Jones watches are created by Crispin Jones, a designer from the Royal College of Arts. The POS-46-P6 sports a sleek silver case and minimalist dial face in order to highlight the moving day-to-night nature imagery behind the cutout. Truly exquisite, each Mr. Jones watch even comes with signed paperwork so it’s literally like buying a piece of art. Our budget choice also happens to be the most modern and visually-focused. Unlike a traditional sun and moon dial, the MINILUJIA World Watch’s sun image represents hours, the moon is minutes, and the earth in the middle designates seconds. Exceptionally unique, this authoritative timepiece wears more like a cool accessory than a regular wristwatch. While the Orient Sun and Moon Version 3 features a slick and ceremonial design, the Version 4 goes in a completely different direction leaning more into fun and whimsy. The wonderland-esque Arabic indices are accented with a small gold dot next to it, for a subtle pop. As all Orient Sun and Moons, this distinct dress watch has an exhibition caseback so you can admire its automatic movement.

A History of the Sun and Moon Dial: The “Original” Complication

Clockmakers have been adding sun and moon themed decor to their pieces since clocks were invented in the 1650s Netherlands.

No different to how contemporary clockmakers hat-tip their predecessors, this was an homage to the original ancient sundials and moondials.

The sun and moon dial have been incorporated into pocket watches as early as the 1700s.

With few exceptions (the MINILUJIA World Watch for example), a sun and moon complication is really just a beautified 24-hour clock. The unadorned 24-hour clock was first featured by Glycine in 1953 on their Airman No.1 Pilot.

It’s difficult to pinpoint who first attached suns and moons to this feature, since so many brands started to do it simultaneously.

It adds a music box-like ornateness to watch faces, as the sun rotates throughout the day, before transitioning into the moon by the time evening rolls around.

Of course, it’s obvious when it’s AM and PM, so a sun and moon dial is 100% meant for decoration. That being the case, it’s associated with dress watches.

Seiko, as an example, used to build a few models with sun and moon dials. Today, they reserve contemporary sun and moon watch production for their Orient brand, which has a dressier image than the greater Seiko name.

What’s the difference between a moonphase watch and a sun and moon dial watch?

A moonphase complication displays the coming phases of the moon.

How does a sun and moon watch work?

Through an aperture, a sun indicator will rotate out as a moon indicator rotates in, as the day moves into the evening and vice versa.

This can be powered through a mechanical complication or attached to a quartz 24-hour clock movement.

It’s a great way for jewelry newbies to ease into men’s jewelry since it takes the form and shape of a traditional wristwatch.

There really isn’t one best sun and moon dial. Just as with any decorative accessory, it’s about your personal style!

Some love the modern and gizmo-cool look of the MINILUJIA, while the beautiful Orients and Peugeot are elegant and ornate. Of course, the Mr. Jones POS 46-P6 is hip and artistic, and would go excellent with any streetwear style.

Do you have a favorite sun and moon dial watch from this list? Let us know by hitting us up on Instagram!