What’s The Meaning Of A Feather Charm On A Necklace? (Ask Cladright)

Have you ever seen someone wearing a feather charm on a necklace and thought it looked cool? Maybe you wondered if it had a special meaning, or if it’s just a neat pendant to wear? Well, the answer is yes! It is a cool looking pendant, but it also has a special meaning. Many different possible meanings, in fact. We’ll go over some of those meanings in this article.

A feather charm can symbolize many things. What they symbolize can change from one culture to another, or even from one person to another.

For example, to many Native American people, feathers were a gift from the sky. The birds who dropped the feathers were spiritual guides and messengers from the next world.

Among the Ancient Egyptians, a feather, particularly an ostrich feather, represented Ma’at, the winged goddess of truth and justice who would eventually weigh everyone’s heart against a feather.

In Christianity, a feather (particularly a white one) means angels are nearby. In Hindu, peacock feathers represent the benevolent god Lakshmi.

What do Feathers Symbolize?

And how did they end up on jewelry that you can find today? Great question! Read on to learn more about its unique history and where this trend could have possibly started from.

The Meaning of Feathers in Native American Spirituality

In many Native American and First Nations tribes, the highest honor one could receive is an eagle’s feather. In fact, in the U.S., only registered members of federally recognized tribes are allowed to have feathers from bald or golden eagles.

They signified moments of celebration. The Lakota and Ojibwe had creations now known as dream catchers, which you can find not only on jewelry, but also in teenage girls’ bedrooms all over the country.

Anyway, in dream catchers, the feather charm meaning is a conduit for good dreams being passed to the wearer.

In almost all cultures, the fact that feathers come from birds leads to feathers symbolizing freedom and a connection with the divine.

The feather encourages freedom of not just the physical but the heart and the mind.

It is a symbol of transcendence and seeing the bigger picture, like a bird does when flying in the sky.

Protection and Being Kept Under the Wing

Birds do not use their feathers just for flight. They also keep the bird warm. When a hen lays eggs, she uses her feathers to warm the eggs and the chicks that hatch from them.

When chicks are scared, they huddle close to their mother who spreads her wings over them to protect them.

This act is recognized in Psalm 91:4 with the words “He will cover you with his feathers, and under his wings you will find refuge. His truth is your shield and armor.”

A folkloric line goes, “Feathers appear when Angels are near.”

Some people feel protected by angels when wearing a feather. Some feel it is a way to keep a deceased loved one near their heart.

Feather Meanings Based on Color

Bird feathers can come in many colors such as the blues and greens of the peacock or the pink of a shrimp-fed flamingo.

Feathers in jewelry are usually molded out of silver or gold. Silver was used in some jewelry worn in Native Americans of the Southwest.

A feather made of silver meant honor and courage. Some people see a silver feather meaning as a sign to be persistent.

Gold has long been associated with abundance and enlightenment. A golden feather meaning can signify letting light into your world and connecting with the crown chakra.

The Meaning of Feathers in Magic and Rituals

When feathers are used in magic, generally in smudging rituals or as charms, they represent the element of air.

The feather used in such magic is best if found naturally. It’s believed that it is best to use what Nature has decreed you should have.

The necklace itself has long been worn by many people across different cultures and all walks of life as a symbol of protection and prosperity.

When made with gems and precious stones, they symbolized wealth and status. The first necklaces, however, were decorated with feathers and beads made from shells and bones.

A feather on a necklace can symbolize a desire to return to nature and become closer to the spiritual world than the material.

Astrologically speaking, a metallic feather charm is appropriate for someone born under an Air Sign, but people born under an Earth Sign may feel more balanced by it.

As you can see, feather charms can hold many different meanings. The most important is, of course, the specific meaning you give it.

I personally identify with the Native American belief of feathers symbolizing freedom and a connection with the spiritual world. Maybe you identify with feathers meaning protection and being watched over by loved ones who have passed.

Just like there are plenty of feather charm meanings, there is also plenty of actual feather jewelry. Here are a few of our favorite pieces. 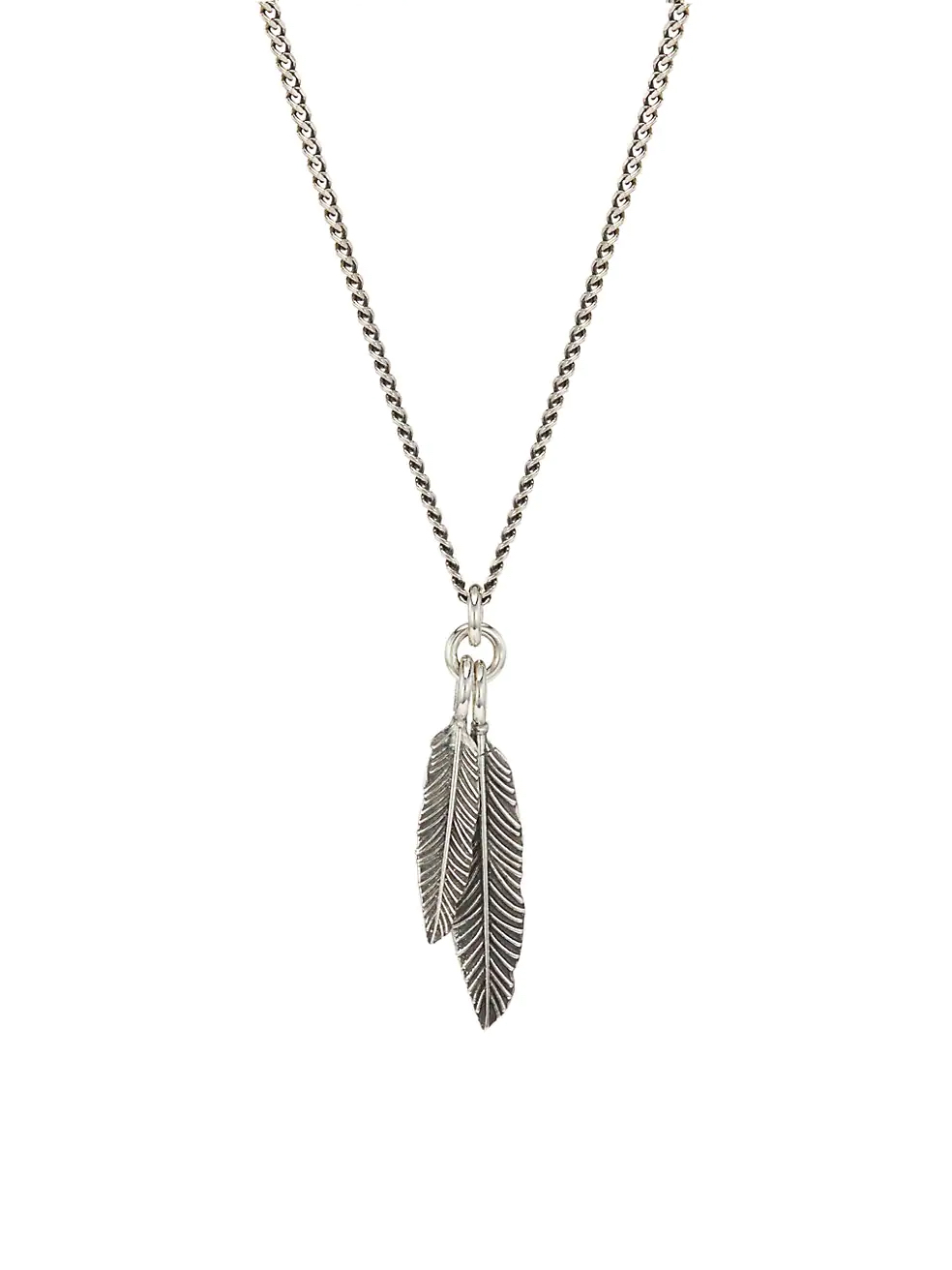 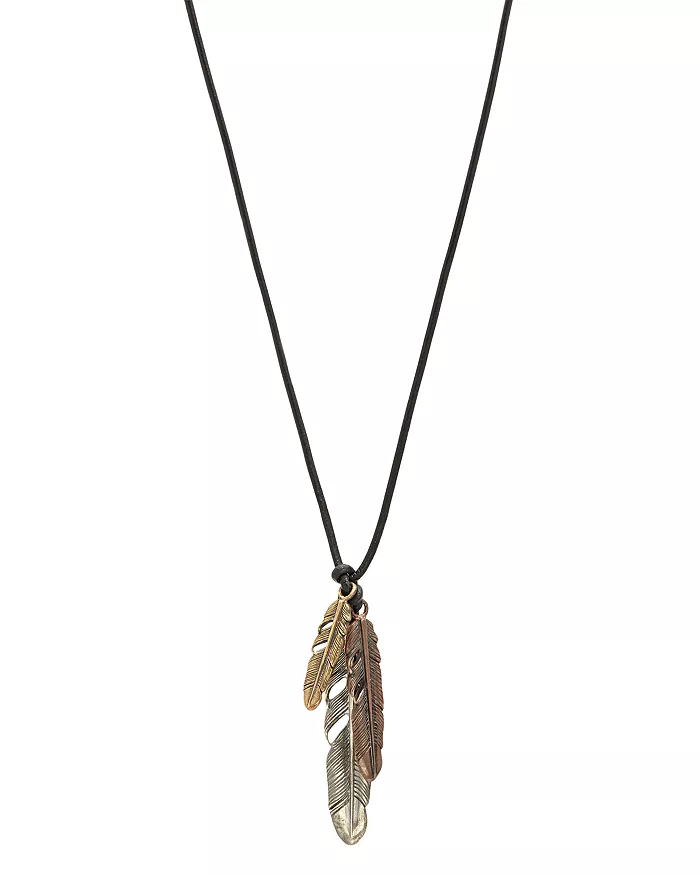 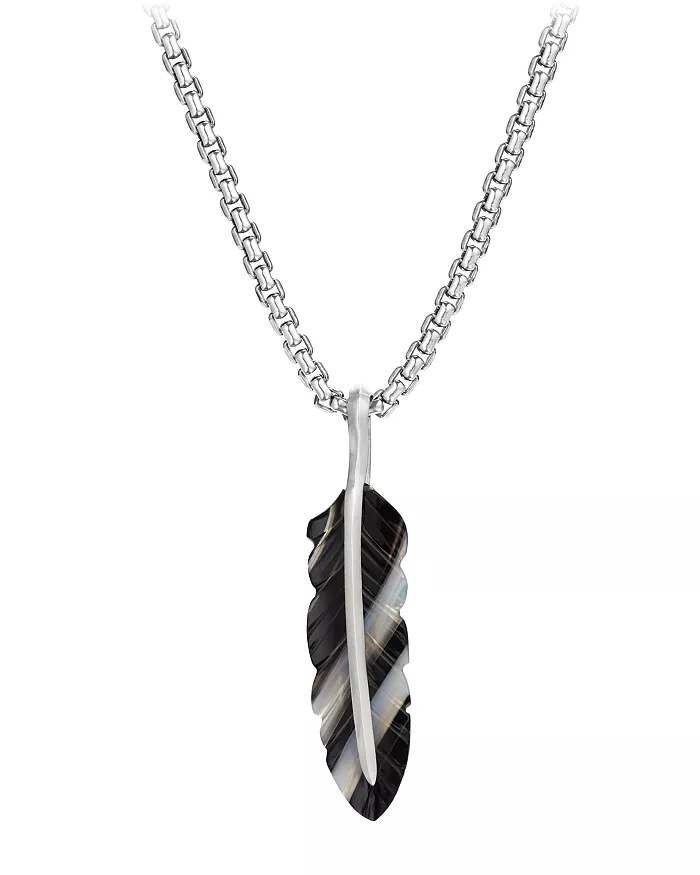 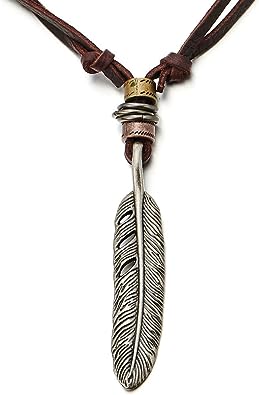 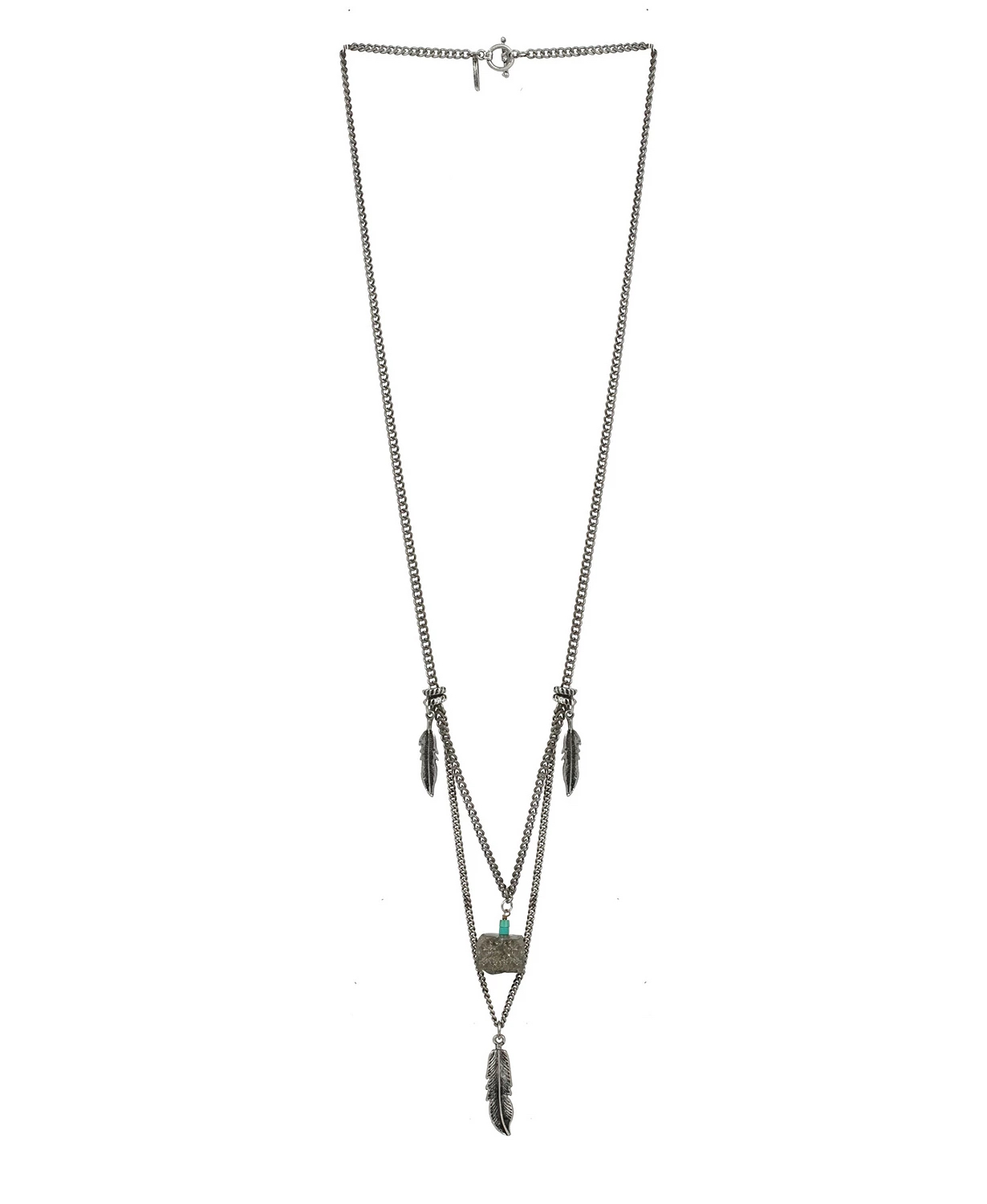 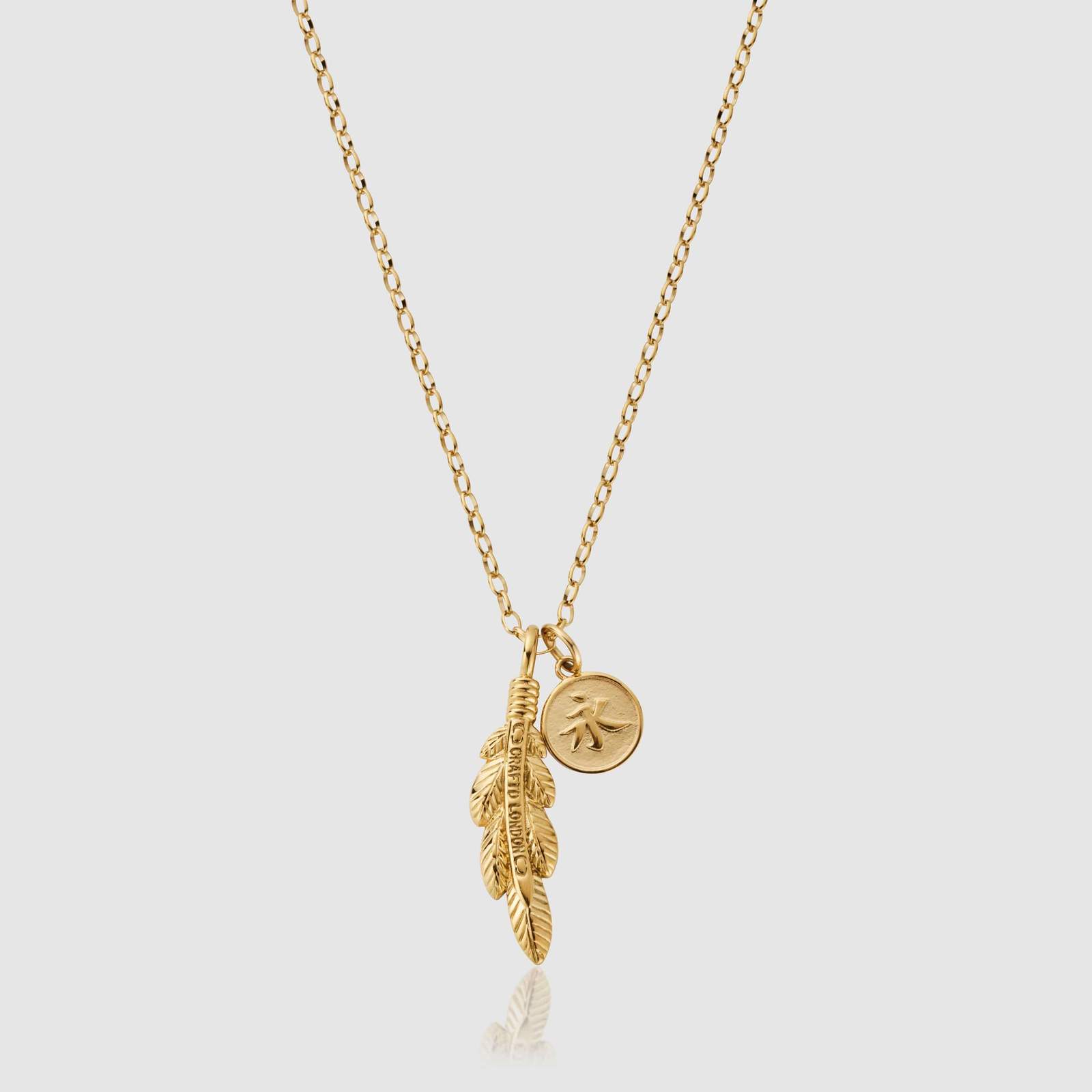 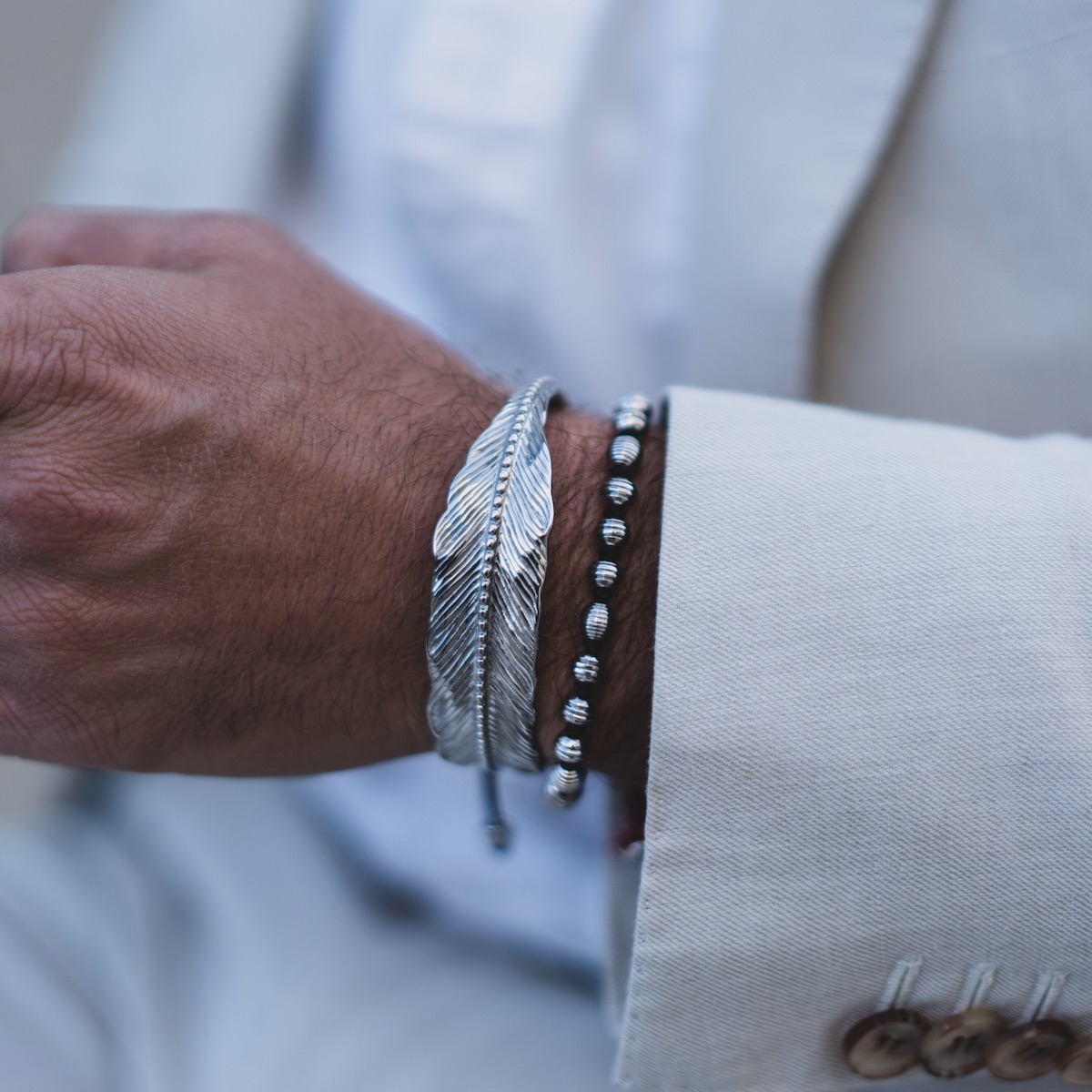 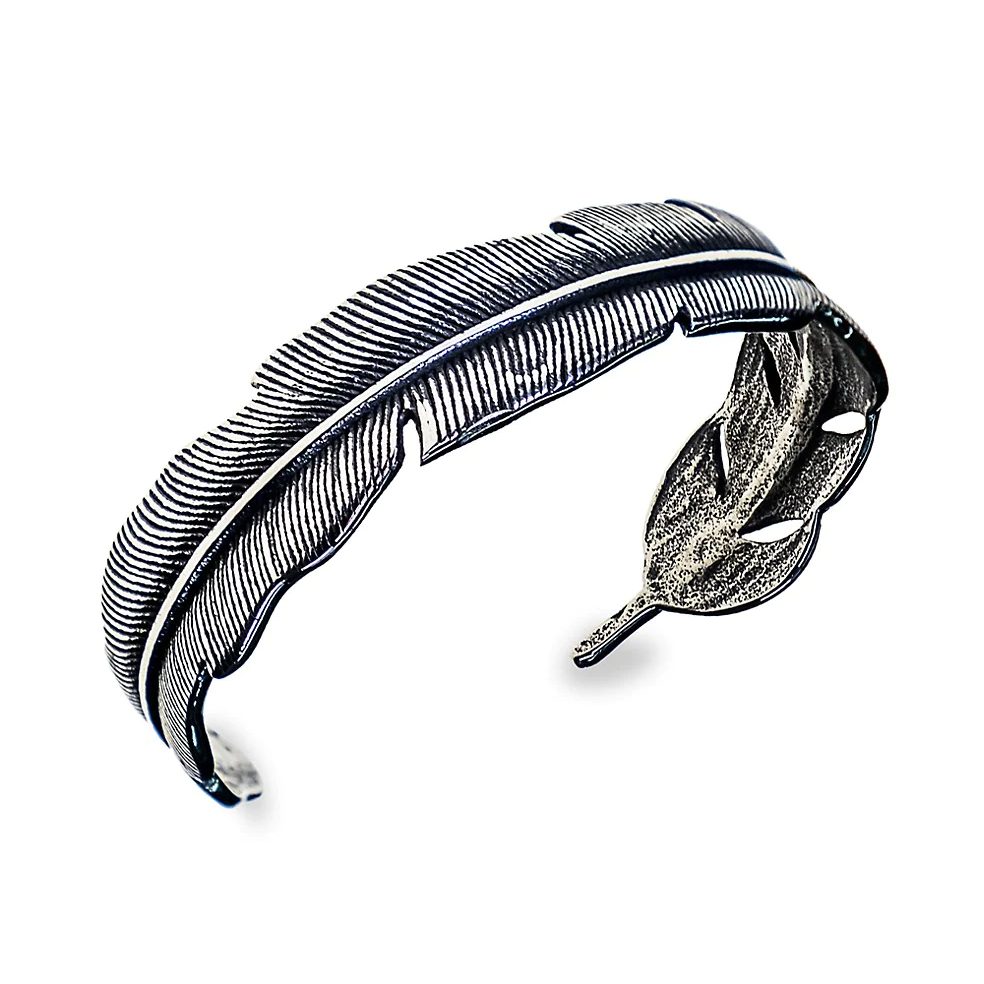 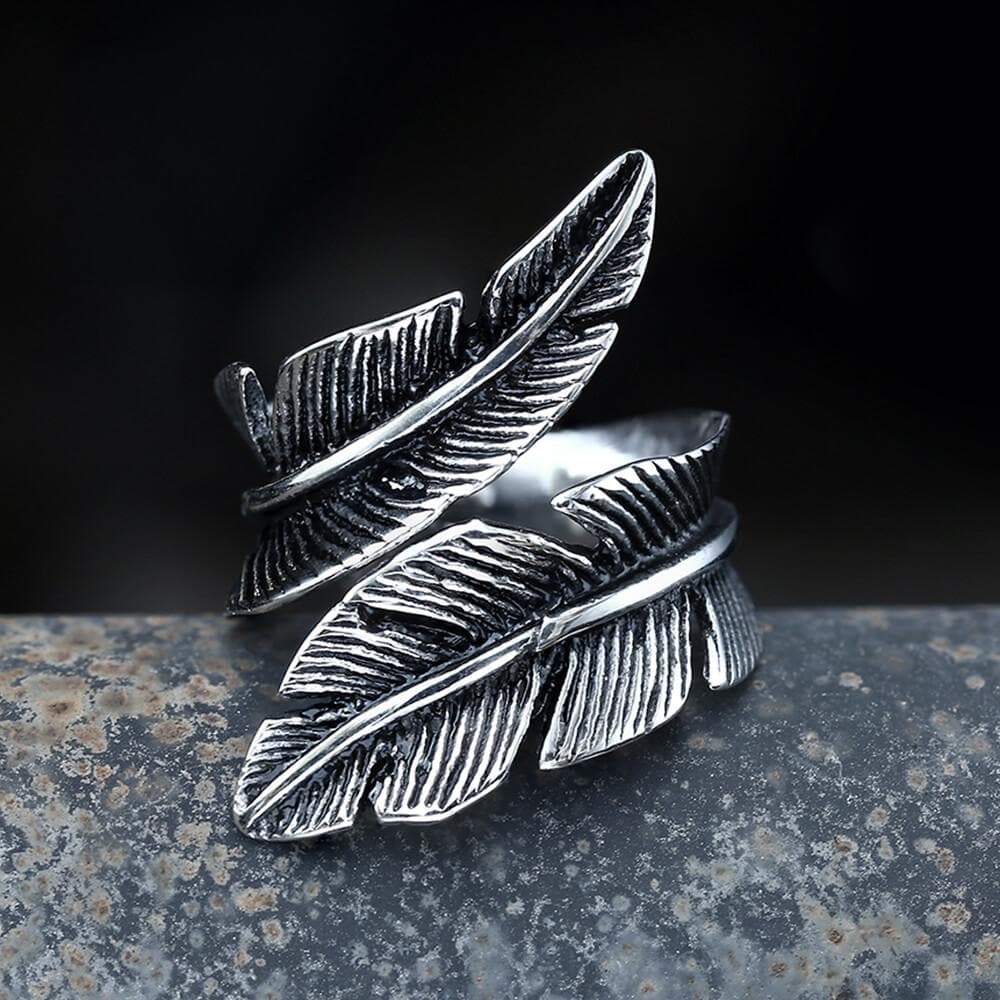 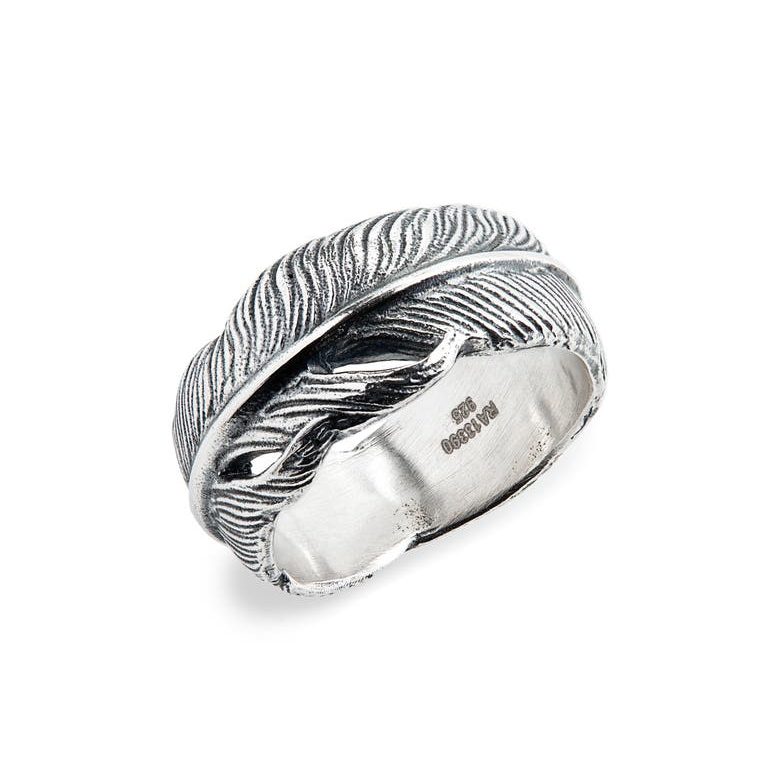 The Many Meanings Of A Feather Charm

The meaning of a feather charm is something that can vary based on the wearer’s culture and personal experience.

In many cases, it represents having a free mind and a free heart, ready and willing to accept whatever it is that fate has to offer us.

The color of the feather can affect the meaning as well. A metallic charm is more substantial than a real feather, of course. It is less likely to be damaged or blown away.

Still, if the wearer likes, they can ascribe all the symbolism and meaning they would give to an actual feather to a metallic representation.

What does the feather mean to you? Let us know by hitting us on Instagram!